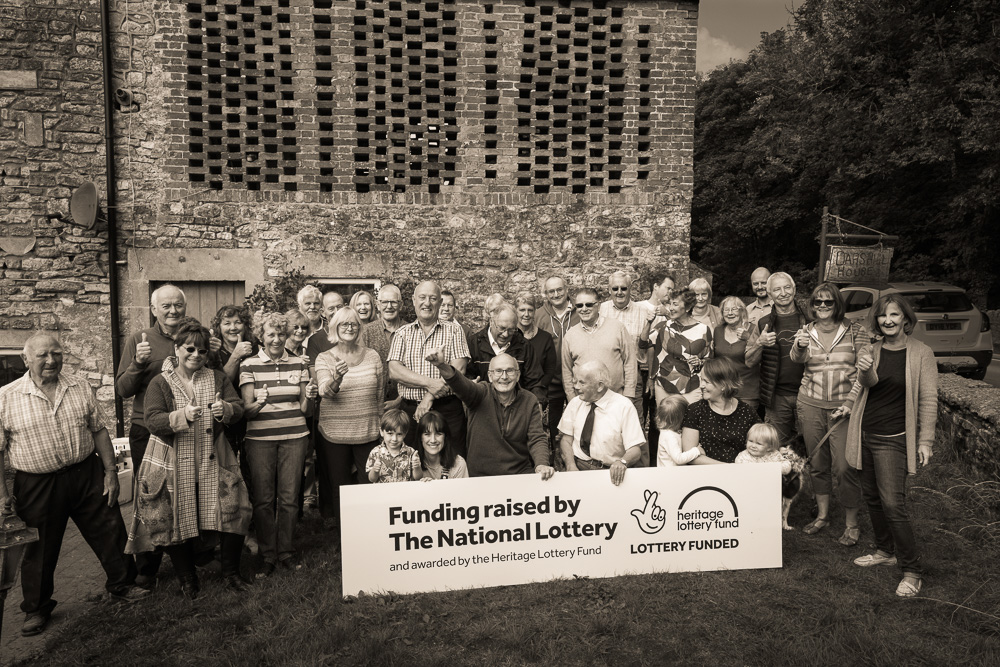 Community projects rely on the efforts of those willing to donate their time and expertise and the Heritage Project was no different.

For over three years more than forty people volunteered doing all sorts of things, from building surveying and document researching to supervising children as they paddled in a fake mixture of pee and foul-smelling fullers’ earth. There were no casualties.

So what did we find in Darshill, Ham and Bowlish? This website gives full details, but the highlights of what we found were:

As more people become aware of our work and pick up our baton, we hope our legacy will become broader and deeper but at the moment it is this website which includes the outputs of all of our efforts. Look out for signs soon to come at Bowlish, Darshill and Middle Darshill identifying key historic properties. Detailed material and lesson plans for primary schools to use to make local history and geography come to life are available now. You can also download the audio App for the History Trails which start from the Market Place, four of which include material uncovered by the Project.

So, our thanks goes to all those teams and individuals who worked so diligently to produce such a superb output. There are too many people to list individually, but mention has to be made of those who gave more than most:

We fervently hope that the energy and community spirit which has brought this project to a successful conclusion will continue and be passed on to the new families and others who move into this fascinating part of Somerset. We owe nothing less to the numerous past generations who lived, loved and worked here.