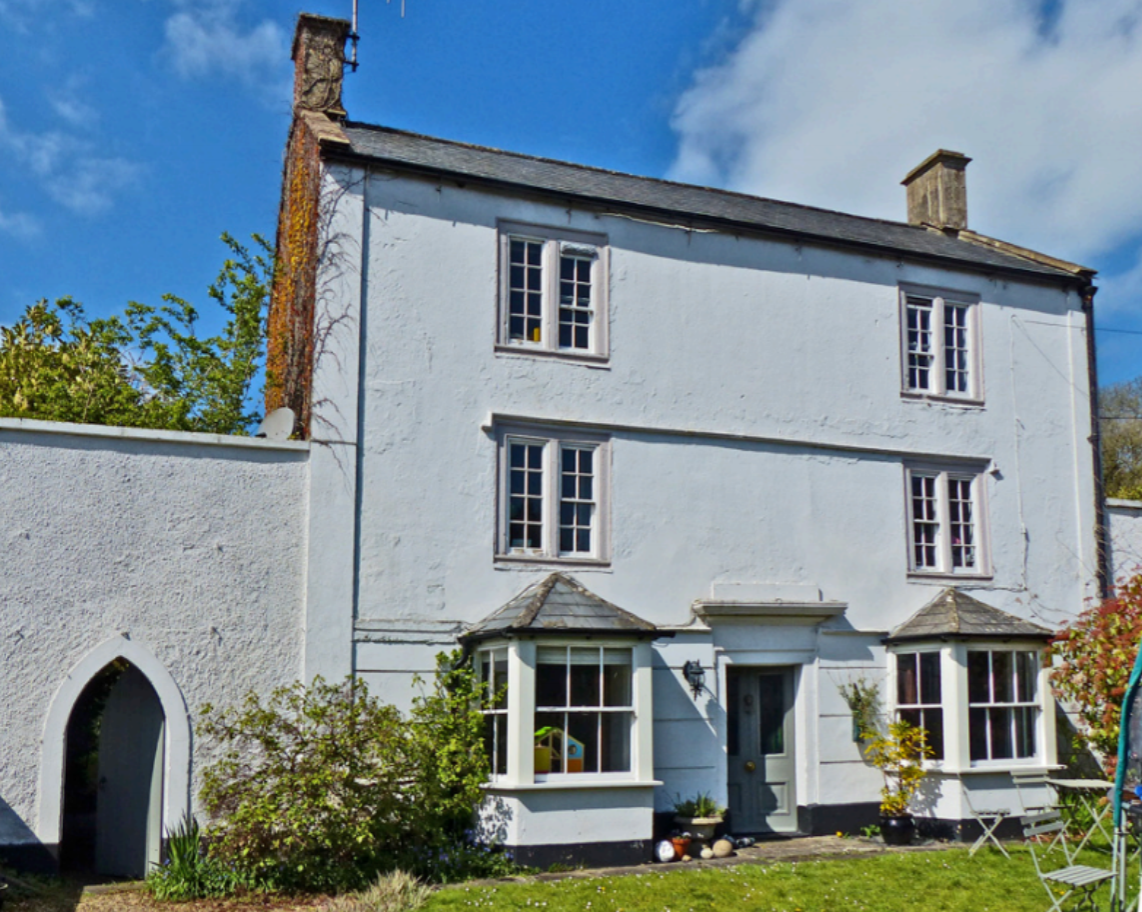 Although the first impression – window hoods and stone mullions – of this building suggests a construction date of the 17th century, some of the other details such as the window and door frames point to a later, 18th century date. This combination of features from different periods is common in the immediate locality and suggests the upgrading of the cores of older buildings in response to waves of prosperity and fashion.

Also, there is the long rain hood over the first-floor front windows and internally there is a third window reveal in the centre, although it is unknown whether this was intended as a cupboard or was filled-in at some stage. There is also evidence of a similar hood at ground-floor level, although some of this was removed when the 19th century bay windows were added. Banks of windows can be an indication that the property was once used for weaving or other cloth-related purpose, although there is no evidence of this here.

By the time of the Tithe Map and Appotionment for Pilton in 1838-41 (the property is actually in Ham and was then just outside the boundary of Shepton Mallet), it was certainly a house, garden and orchard and owned by brothers William, George and Frederick Richmond. William had married
Matilda Strode Penny in 1830 and it is likely that the house was gifted to Matilda out of the Strode Penny estate by her mother Eleanor and held in trust under a marriage agreement. William died at 43 and the census of 1841 records Matilda aged 40 at the house with her children, George, 5 and Eleanor, 3.

About 1849 the house was leased to the Phillips family, William, 21, a silk manufacturer, his two sisters Frances, 26, and Elizabeth, 13 and young brother John, 11. Harriet Appleby, 25, lived in as a general servant. William’s father, Thomas, was part owner of a London silk business who operated the Draycott mill in Shepton and who also acquired the two silk mills at Upper Darshill. The Phillips’ ended their lease of Bowlish Cottage, (now called Bowlish Villa) in 1861 and moved into Shepton.

The house then passed to James Welch, a brewer, around 1866 and after a succession of tenants was sold on his death in 1884 to Thomas Cooper.