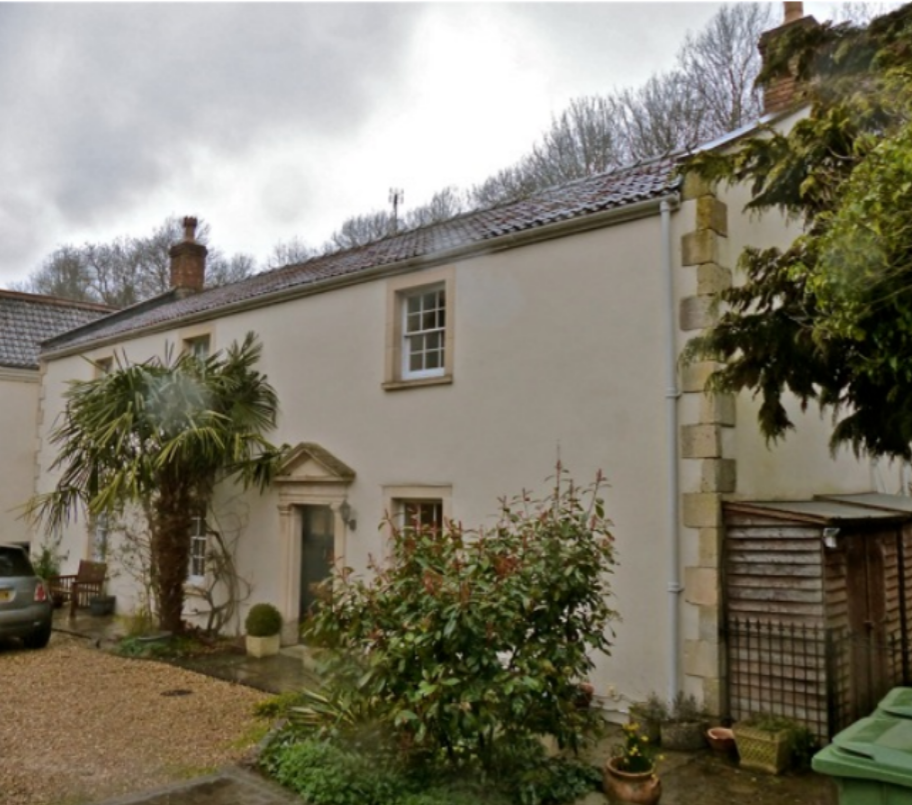 The Shepton area is known for its large number of historic mills. Two were recorded in the area in Domesday (1086), though their sites are unknown The largest of the later Darshill mills referred to as ‘Lower Mill’ was sited under the eastern part of today’s water treatmnent works and burnt down in 1843 (see posts of 8, 12 & 20 February).

The mill adjacent to the Mill Master’s House was originally one of two located in ‘Upper Darshill’ and operated as a woollen mill before being adapted to silk production in the early 19C, and later being renamed ‘Lower Silk Mill’. The other, larger, mill was demolished in 1975, its site now occupied by two ‘mill-like’ semi-detached houses adjacent to the surviving mill-race. From the mid 20C Lower Silk Mill was used as an apple mill and the Mill Master’s House was used as a store. From 1978 the site was used as builder’s merchant but fell into disuse in the 1990s.

The 1840/42 tithe map and apportionment indicates that both the Mill Master‘s House and Lower Silk Mill, were owned by Avis Pippette and occupied by George Nalder, who may be the eponymous ‘mill master’.

Photographs taken before 1998 show that the west end of the south roof of the Mill Master’s House featured a small penthouse, probably housing lifting gear for moving heavy loads between floors. The penthouse was later removed, the south wall raised to a similar height to the eaves of the adjacent mill roof, and the whole building re-roofed. At various times in this general period several windows and doors were alternately enlarged, replaced, moved, blocked up, and reopened.