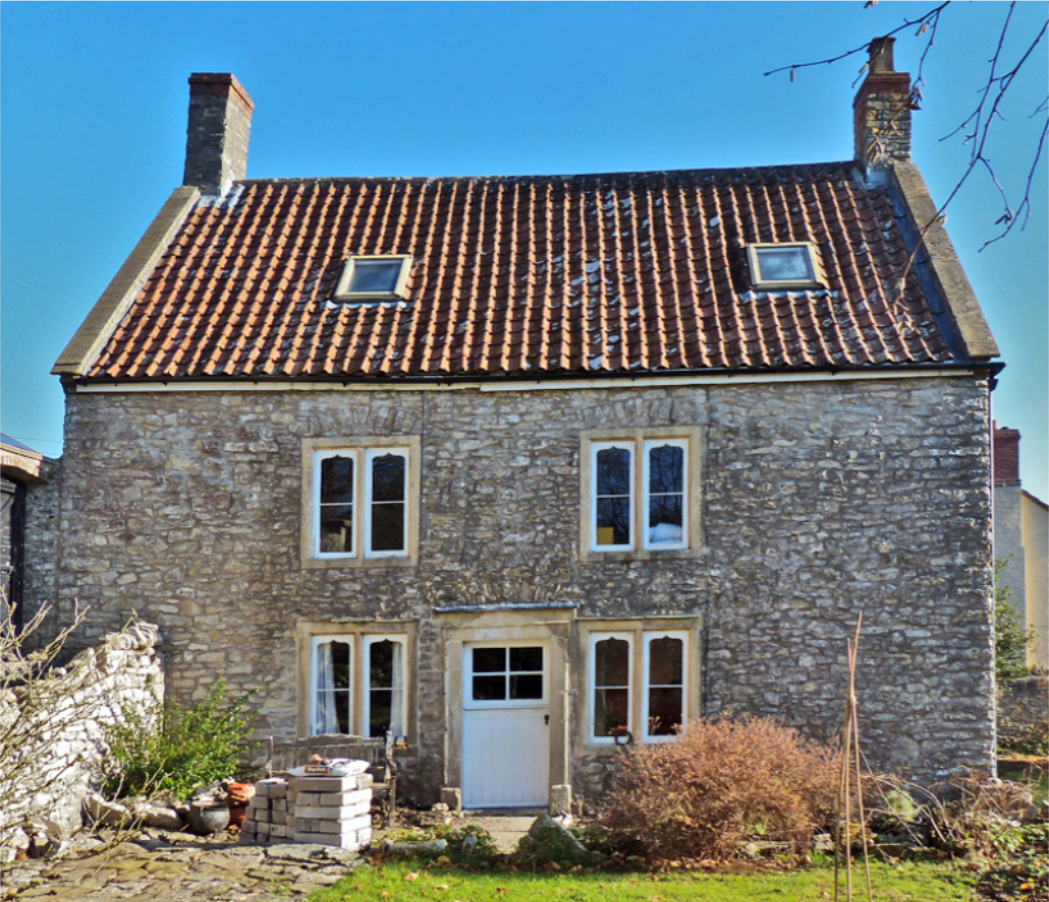 Likely built in the mid 18th century, this house on the old main route between Shepton Mallet and Croscombe was improved at the beginning of the 19th century and again in the mid 19th century.

Built as part of the Strode land and property centred on what are today called Old Manor and Ham Manor (farm), the 1839 Tithe map shows that The Cottage was owned and occupied by Eleanor Penny (nee Strode), previously of Ham Manor. The slightly later 1841 census shows that she (aged 70 years) shared the house with her son Joseph (30), both of whom were of independent means, Mary Burgess (40) and Matilda Lee (15), Eleanor’s daughter and grand-daughter respectively.

When Eleanor died in 1841, the house remained in the family until about 1885 when it was contracted to be sold to a Mr James Higgins. However, the sale didn’t go through with him, and who did buy it is unknown.

The house had a well in its yard and a separate deep drain onto the hillside, leading to speculation that The Cottage may have had a small abattoir, possibly linked to the nearby Butcher’s Arms public house and Roseland Cottage in the 1840’s (see January 18 post).

One Reply to “The Cottage, Ham Lane”