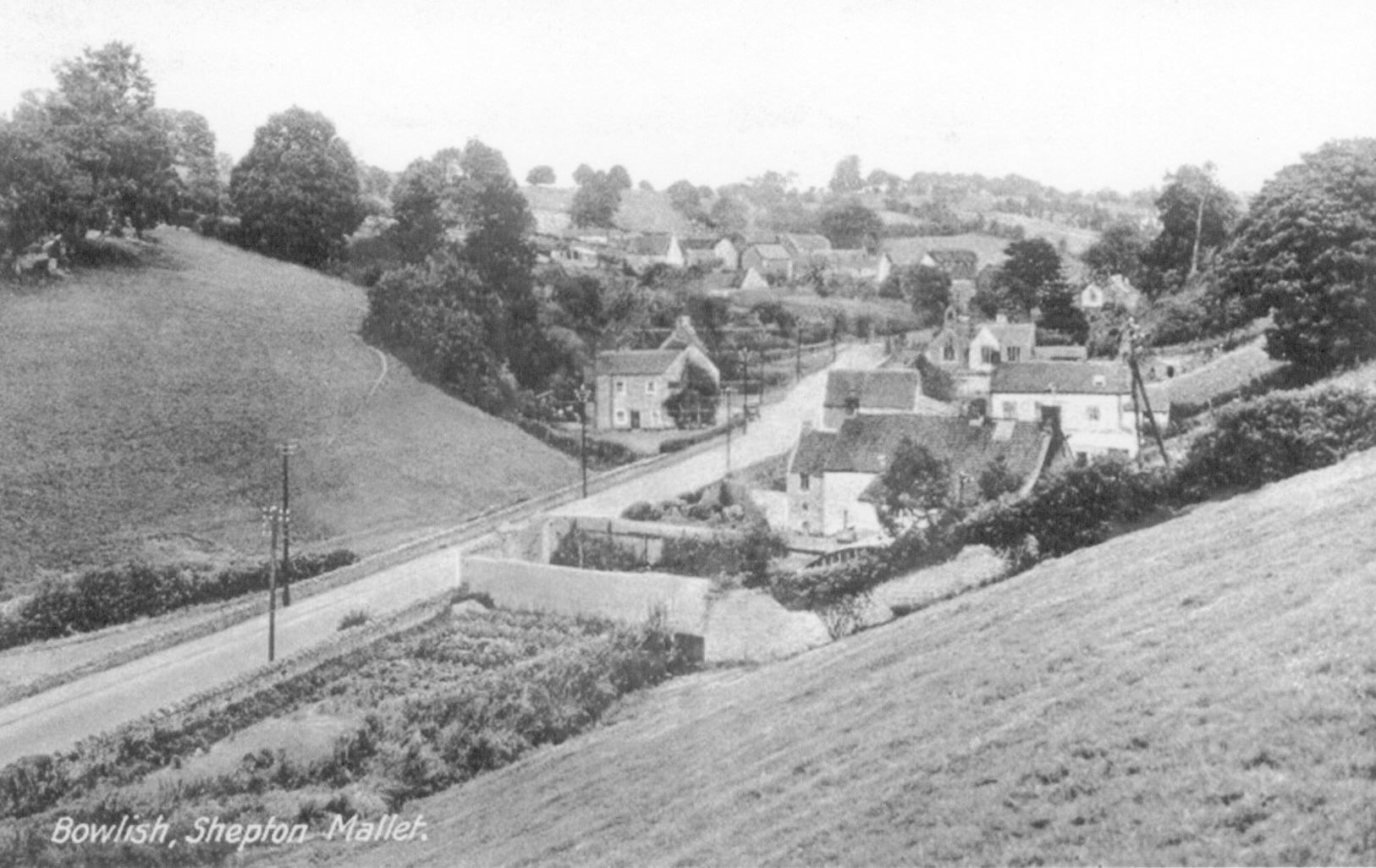 One of the delights of research is coming across littleknown or unknown items. Like jewells, they not only shine a light on the past, but they also provide a spur to further work of discovery.

In 1913, author Edward Thomas, rode his bicycle from London to the Quantocks describing what he saw in the language and imagery of the time. Its atmosphere evokes a lost period of gentility and beautifully crafted observations of nature and gives no hint of the conflict so shortly to follow with the outbreak of the First World War.

On his way he visited our town and this is what he says about Bowlish and Darshill:

“I rode from it (the Anglo-Bavarian Brewery) in whirls of dust down to Bowlish and into the valley of the Sheppey. To within a mile of Wells I was to have this little river always with me and several times under me. Telegraph posts also accompanied the road. It was a delightful exit, the brewery was behind me, a rookery before me in the beech trees of the outskirts. On both hands grassy banks rose up steeply. The left one, when the rookery was passed, was topped with single thorn trees, and pigs and chickens did their duty and their pleasure among the pollarded ashes below. Most of the cottages of Bowlish are on the other side, their gardens reaching down in front of them to the stream, their straggling orchards of crooked apple trees behind within walls of ivy-covered stone. Where Bowlish becomes Darshill, the cottages are concentrated round a big square silk-mill and its mill pond beside the road. Up in the high windows could be seen the backs or faces of girls at work. All this is on the right, at the foot of the slope. The left bank being steeper, is either clothed in a wood or ivied oaks, or its ridgy turf and scattering of elms and ash trees are seldom interrupted by houses. A sewage farm and a farmhouse ruined by it take up part of the lower slope for some way past the silk-mill: a wood of oak and pine invades them irregularly from above. Then on both hands the valley does without houses. The left is a low, steep thicket rising from the stream, which spreads out here into a sedgy pool before a weir, and was at this moment bordered by sheaves of silver-catkined sallow, fresh-cut. But the right side became high and precipitous, mostly bare at first, then hanging before me a rocky barrier thinly populated by oaks. This compelled the road to twist round it in a shadowy trough. In fact, so much has the road to twist that the traveller coming from the other direction would prepare himsilf for scaling a barrier, not dreaming that he could slink in comfort round that wild obstacle.”

In Pursuit of Spring by Edward Thomas