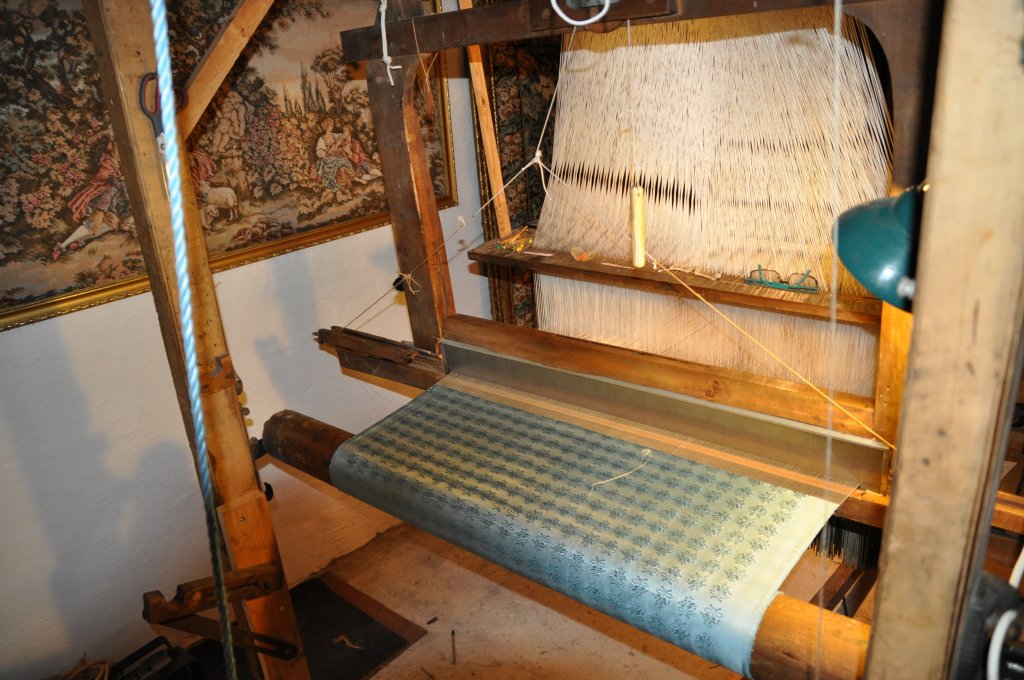 The numerous silk factories in Shepton Mallet employed hundreds, probably thousands of people. Especially in the earlier years, a high proportion (around 30% in the 1830’s) of those were children under 12 years of age and our blog of 13 September looks at this in more detail.

We’re still recearching employment levels in the western Shepton mills, but the Whitchurch Mill in Hampshire using similar machinery employed around 110 people in the 19th century. However, many of the Shepton Mills were much bigger. For example, Whitchurch powered its machinery from a 6ft. water wheel, whereas the Lower Darshill mill had two wheels, 30ft. and 20ft in diameter, likely meaning that it employed several times as many!

There were many different jobs in silk factories including:

However, many weavers were likely employed to work in their own homes, which was typical of the 19th century silk industry and a report to the Poor Law Commissioners in 1837, a Dr. Kay described the methods of home weaving:-

‘A weaver has generally two looms, one for his wife and another for himself, and as his family increases the children are set to work at six or seven years of age to quill silk; at nine or ten years to pick silk; and at the age of twelve or thirteen (according to the size of the child) he is put to the loom to weave. A child very soon learns to weave a plain silk fabric, so as to become a proficient in that branch; a weaver has thus not unfrequently four looms on which members of his own family are employed. On a Jacquard loom a weaver can earn 25s. a week on an average; on a velvet or rich plain silk-loom from 16s. to 20s. per week; and on a plain silk-loom from 12s. to 14s.; excepting when the silk is bad and requires much cleaning, when his earnings are reduced to 10s. per week; and on one or two very inferior fabrics 8s. a week only are sometimes earned, though the earnings are reported to be seldom so low on these coarse fabrics. On the occurrence of a commercial crisis the loss of work occurs first among the least skilful operatives, who are discharged from work.’

This post marks the end of our series on silk cloth making and we hope you’ve enjoyed it. There will be more silk posts later in the year as more information about the Darshill, Ham and Bowlish industry comes to light.

We couldn’t have produced this series of blogs without expert help from: