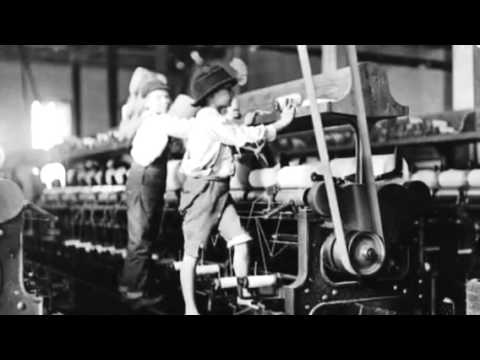 Like his predecessor Henry VIII, James 1 attempted to establish silk production in England, purchasing and planting 100,000 mulberry trees in the first quarter of the 17th century, some on land adjacent to Hampton Court Palace, but they were of a species unsuited to silk worms, which also didn’t like the climate, and the attempt failed. Consequently, raw silk was imported into England from China, India and Turkey to be made into thread and woven. Silk weaving was itself introduced to England in the 17th Century in Spitalfields, London by Huguenot emigrees fleeing persecution on the Continent.

In the 18th Century people worked in their homes to make small silk items such as silk buttons and ribbons in places across the country including Macclesfield, Congleton and Leek. In the early 18th John Lombe opened the first silk mill in Derby with his newly invented silk spinning machine, which used water power. During the 18th Century more mills were opened in other areas, including Shepton Mallet and other locations in Somerset, in the last quarter.

When steam power was introduced in the early 19th Century silk factories were established in many areas, especially in Cheshire, Lancashire and Coventry. At these factories raw silk was processed into thread and then woven using machines, replacing the looms that had hitherto been in people’s homes.

Collinson in 1791 says that there were about 4500 people employed in the cloth industry – both woollen and crape – in the Shepton valley, i.e. Darshill, Bowlish, Draycott, Leg Square, Kilver (Jardines) and Charlton. From about 1812, the silk mills at Lower Darshill (1 mill), Middle Darshill (1 mill), Upper Darshill (2 mills) and Coombe Lane (1 mill) were owned by a company called Nalder & Hardisty.

In his evidence to the 1833 Factory Commission, which spawned the first Factories Act targeted at regulating the employment of children, William Hardisty said that his company were silk throwsters and made crape (black silk fabric chiefly used as mourning dress) and, from 1829, gros de Naples fabrics. (‘literally “thick or stout of Naples;” and by which we understand it to be a silk of that description.  The article we know in trade by this name is a plain stout silk; it is the staple of silks; but of which there are of course, many qualities, and in all colours; lengths various, to 100 yards.’ Perkins 1845).

The Lower Darshill and one Upper Darshill factories used both steam and water power, but steam was only used in summer when the river Sheppey water was short. The steam engines at these two mills were 10hp and 4hp respectively. Middle Darshill (adjacent to Darshill House today) and the other factory at Upper Darshill used water power only. The mill at Coombe Lane was hand worked.

The process of making crape involves no heat, thus any heat was supplied only for the comfort of workers. Lower Darshill was heated with hot air in winter, and the other factories by stoves and steam apparatus, Ventilation at the factories was at the workers option.

Safety and welfare at the factories was a concern, with dangerous machinery being fenced off. The work itself was not filthy and workers had two periods in the day when they could leave the sites.

The hours of work in summer were 6am to 8.15am; 9am to 1pm and 2pm to 7pm: 11 ¼ hours/day. On Saturdays, it was 10 ¼ hours. In winter, the times of attendance varied, but the hours worked were the same. There were three or four times a year when the workers had a few days holiday.

Children were employed in the winding of silk as it was very light work and they were more handy at swift engines and thus better at throwing silk. There were no apprentices (see blog of 13 September 2018 for more information on the employment of children in these and other silk factories).

At each factory, there were four or five small cottages for the mechanics who kept the machinery working. At Darshill and Coombe Lane, there were six cottages occupied by weavers. Hand weavers at Coombe Lane were employed by the yard.