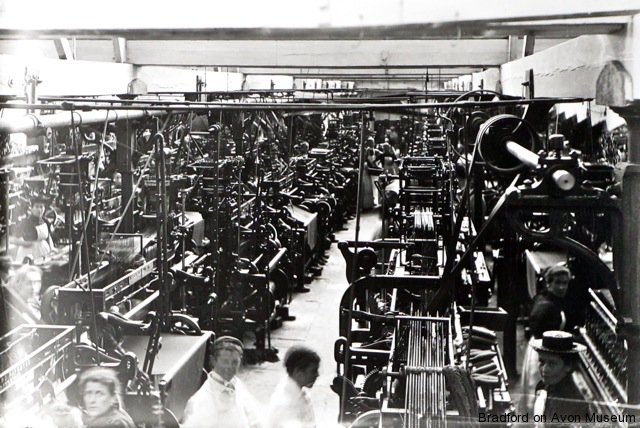 The disastrous Lower Darshill silk factory fire must have put hundreds of people out of work, many of them women and children as well as men. The impacts on the families of those people would have been severe. Alternative employment close to home was difficult to come by and the parish workhouse, where families were split up, was the last-resort alternative to starvation. Our informant, Thomas Pratt, says there was ‘destitution‘ among the poor people as result of the fire.

There were rumours that the factory would be rebuilt but in the 1860’s – after the opening of the new Shepton to Wells road – he reports the two gable ends still stood charred and unchanged as potent reminders of that fateful evening in January 1843. In fact, it wasn’t until the building of the sewage works in the early 1880’s that they were demolished as the site was cleared.

Thomas himself emigrated to Queensland in Australia and the people he mentions in his article, Sarah Hiscox, the supervisor, and Walter Butt and Samuel Hiscox, his fellow machinists, moved away to Bristol, the Midlands and Reading in search of work.

The impact of the fire on the town and the townsfolk of Shepton compounded the late 18th century decimation of the local woollen cloth manufacturing industry. A lethal combination of industrial unrest due to successive continental wars caused huge fluctuations in the cost of food whilst wages remained static, abortive attempts to introduce steam power, changing tastes such as the rise of cotton fabrics, and the world-weary attitude of the local clothier owners all contributed to its demise.

Collectively, these factors spoke to attitude and the Rev. John Collinson in his 1791 book, The History and Antiquities of the County of  Somerset, describes the streets of Shepton as being narrow and dirty.

He also says Shepton then had a population of nearly 9,000 people who lived in 1,138 houses (an average of 7.9 persons/house). However, Claire Gathercole in her 2003 paper Somerset Extensive Urban Survey – Shepton Mallet Archaeological Assessment says that by 1801 the population of the town had declined to between five and six thousand, although it had expanded physically, absorbing other local settlements. The population figures from both sources were written without the benefit of a census so one must be cautious, but taking them at face value they suggest the town lost around 40% of its population in a decade.

Collinson says that the mill-based woollen cloth, crape and silk industries in the Sheppey river valley employed some 4,500 people in 1791. To which must be added, at different times in history, the shepherds, home workers and suppliers who were based in the surrounding villages and farms and the considerable number of ‘supply-chain’ merchants and carters who imported and transported raw materials such as wool, woad and oil through the ports of Southampton and Bristol.

The silk industry gradually replaced wool – the Lower Darshill mill was bought by Londoner Francis Nalder around 1812 – but employed far fewer people, particularly as the raw silk used was wholly imported from abroad rather than being grown here. Later, in the last half of the 1820’s, his company Nalder and Hardisty bought and converted two more mills at Darshill and, unlike their woollen clothier predecessors two generations earlier, they invested in steam power.

In 1840, the Braggs’ Trade Directory describes Shepton as a neat and clean market town in recovery from the economic threat imposed by the failure of the fleece-based cloth industry. Silk manufacture, brewing and cheese making had substantially filled the gap, stabilising Shepton’s population at around 5000, which was where it remained for most of the 19th century. However, this was at a time when the population of England rose from 9 million in 1801 to 41 million in 1901. In short, Shepton stagnated and depopulated.

Shepton was not unique in seeing 19th century stagnation, but it’s experience underscores the changes in our country brought about by the Industrial Revolution. The new, efficient and much larger factories powered by coal and steam in the cities, the Midlands and the North, meant that goods could be made more cheaply than by the use of water power.

Could Shepton have become an industrial powerhouse?

Perhaps. As Julia de L. Mann says in ‘The cloth industry in the west of England 1640 to 1880‘, “Had manufacturers in Frome and Shepton Mallet persisted with their experiments (of the carding machine and spinning jenny) after 1776-81 their history might have been very different, for they, of all the western centres, were the nearest to the supply of coal, though it was not such good coal as that of Yorkshire.”