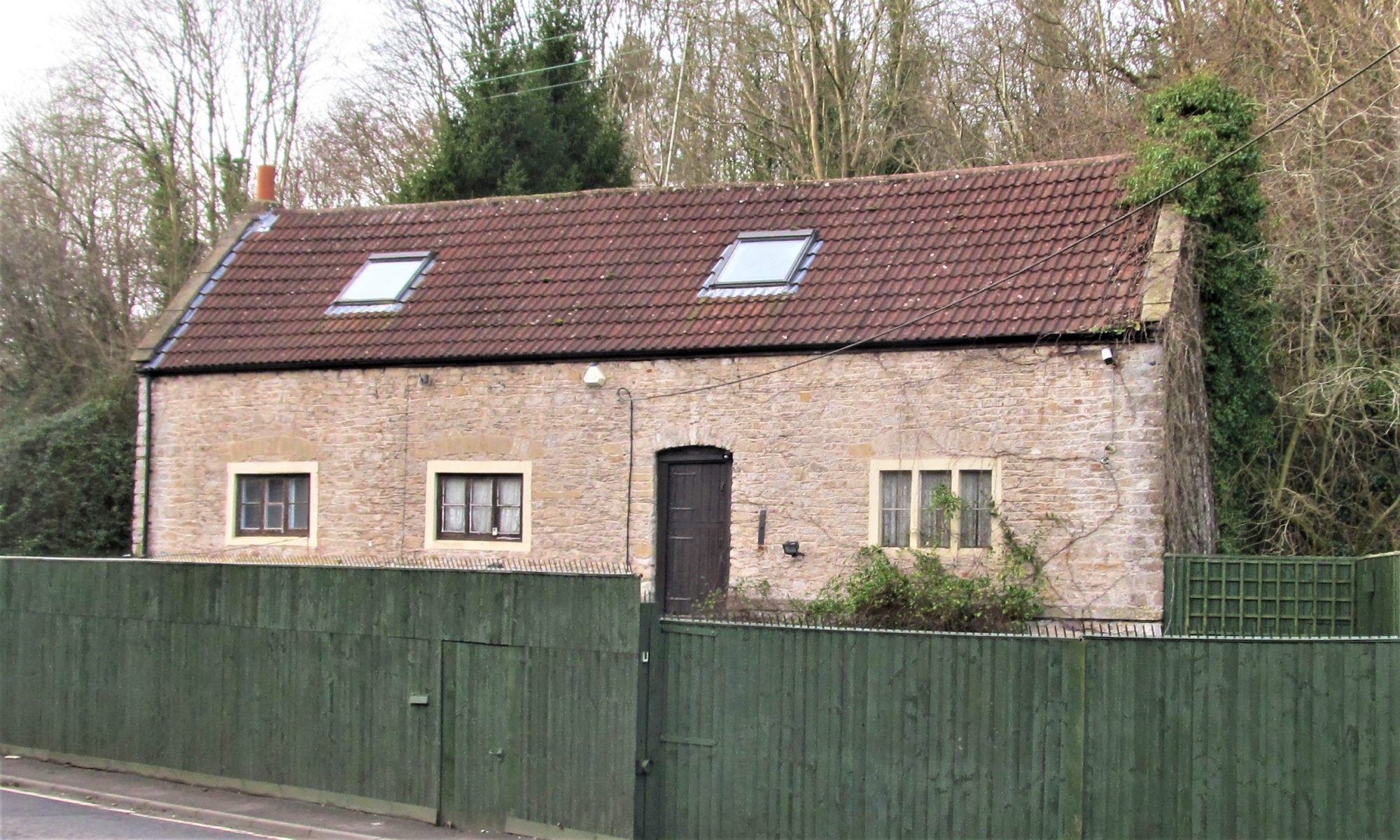 In previous blogs, we’ve had a look at Cleevers and the Old Manor in Ham Lane. In this one, we’ll look at Ham Mill, the building behind the tall green fence on the A 371.

Interestingly, this part of Ham together with Ham Meadow and Weirside Cottage is on the south side of the river Sheppey, whereas the rest of Ham is on the north side. Quite why this is the case is presently unknown.

What looks like one building has in fact two parts: the mill and a dwelling, the latter – presumably for the miller – at the western end (to the left in the picture). This may have been a later addition as the original miller’s dwelling may have been the adjacent Weirside Cottage.

The earliest documents we have found so far tells us that a building on the mill site was bought from Thomas Strode in the 1760’s by the Lovell family, who lived at Ham Manor Farm (now Ham Manor). The building has its own leat (water channel) diverted from the Sheppey via a sluice and small aqueduct running behind Weirside cottage to the still existing mill wheel.

The mill was used to grind corn – known as a ‘grist’ mill – in the 19th century, and may well have been a cloth mill earlier in its life.

By the mid-20th century, the grinding of corn had ceased and the Pratt family operated a haulage business – Pratt & Sons – from there, transporting animal feed and other goods; the mill building was used for storage.

In 1976, Pratt & Sons ceased trading and the mill building was converted into a domestic dwelling.