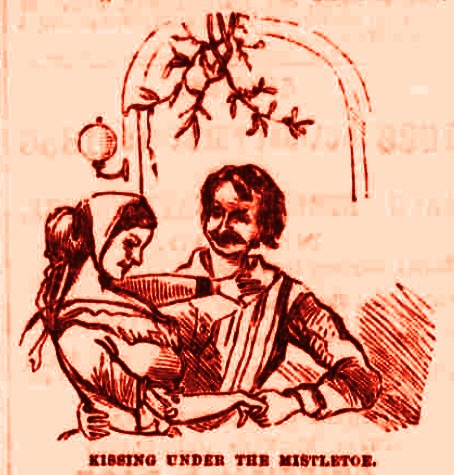 In blog 2, we left our country in the midst of the Cromwellian republic with Christmas abolished by the puritan majority in Parliament.

Some 50-or-so years later at the start of the Georgian period, Christmas was again fully celebrated. The Georgians enjoyed many different pastimes during the holidays such as cards, hunt the slipper, blind man’s bluff, shoe the wild mare, carol singing, storytelling and dancing. During the eighteenth and nineteenth centuries, Twelfth Night parties were extremely popular and involved games, drinking and eating. British Pantomime also grew in popularity during this period, especially among the upper classes.

The day after Christmas, St Stephen’s Day, was the day when people gave to charity and the gentry presented their servants and staff with their ‘Christmas Boxes’ containing a gift or money. Hence Boxing Day.

January 6th or Twelfth Night or Epiphany signalled the end of the Christmas season and was marked in the 18th and 19th centuries by a Twelfth Night Party. Games such as ‘bob apple’ and ‘snapdragon’ (finger-picking lighted currants from a plate of flaming brandy) were popular, as well as more dancing, drinking and eating. Twelfth night remained popular until the late nineteenth century. Once Twelfth Night was over, all the decorations were taken down and the greenery burned, or the house risked bad luck.

Unfortunately the extended Christmas season disappeared after the Regency period, brought to an end by the rise of the Industrial Revolution and the decline of the rural way of life that had existed for centuries. Employers needed workers to continue manufacturing throughout the festive period and hence the shortened Christmas period.

Christmas in Georgian and Regency times was a vibrant affair. The tradition of using evergreens to brighten the home began in the pagan era and, at the time of the winter solstice throughout Europe, bonfires were lit and houses were decorated with evergreens.

Whilst the use of evergreens at this time of year as a decoration in the home was pagan in origin, the early Christian church cheerfully adopted this practise, legitimising the plants and giving them a Christian association, with one exception: mistletoe. The ban on this plant which had Norse and Druidical associations continued throughout the 18th and 19th centuries. Holly was easily adopted by the church as a symbol of the crown of thorns, the red berries a poignant reminder of Christ’s blood. Ivy symbolised fidelity. Not so mistletoe, which had the risqué associations of kissing games…not holy and not genteel (think French-kissing and groping)!

“The mistletoe with its white berries hung up to the imminent peril of all pretty housemaids. The mistletoe is still hung up in farmhouses and kitchens at Christmas, and the young men have the privilege of kissing the girls under it, each time picking a berry from the bush. When the berries are all plucked the privilege ceases.” Washington Irving in The Keeping of Christmas at Bracebridge Hall, 1822.

The decoration of homes was not just for the gentry: poor families also brought greenery indoors to decorate their homes, but not until Christmas eve. It was considered unlucky to bring greenery into the house before then.

The tradition of a Christmas tree in the house was a German custom and apparently brought to Court in 1800 by Queen Charlotte, wife of George III. However, it was not until the Victorian era that the British people adopted the tradition, and more about that in tomorrow’s blog.