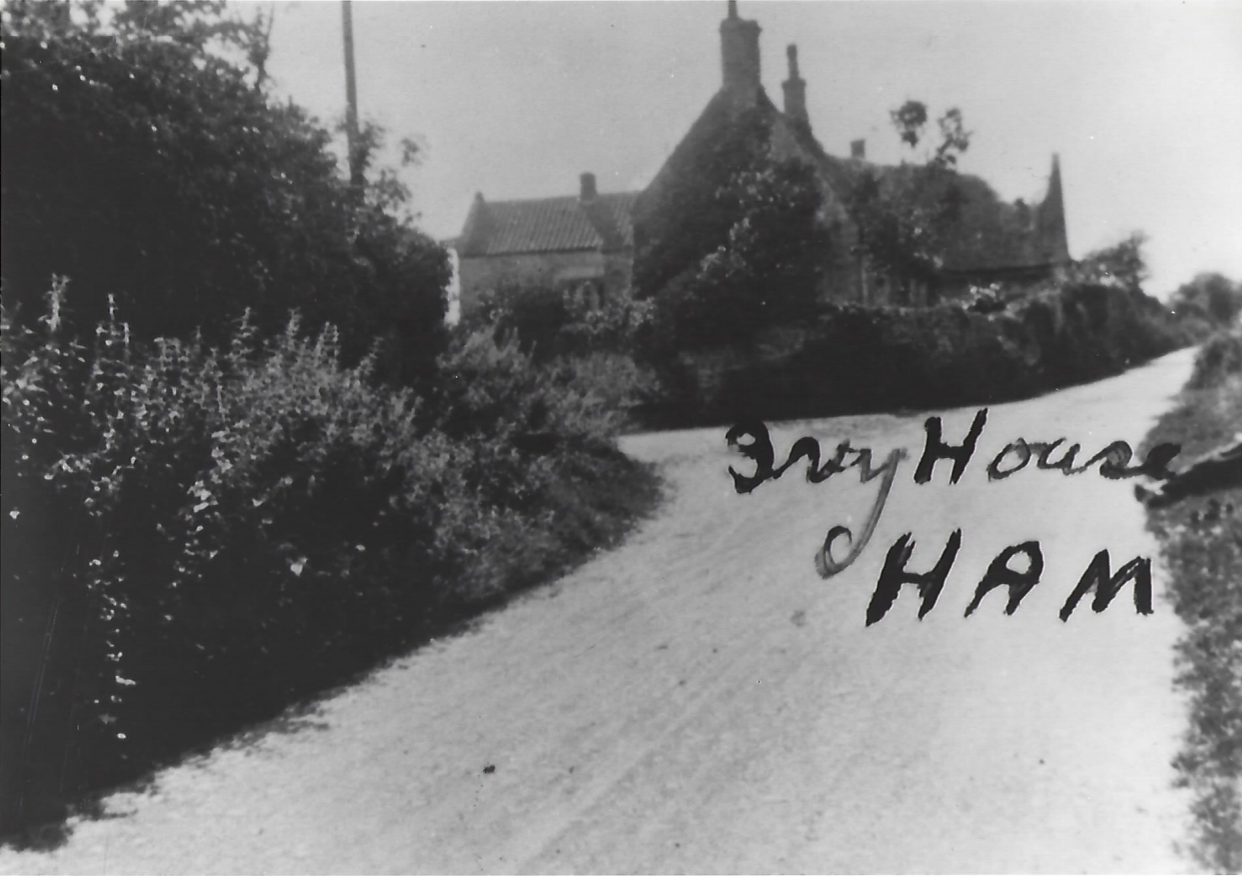 An issue in researching old buildings is what they were called in past times. Today we are accustomed to house numbers and names but before the introduction of the postal service and censuses in the mid-19th century, buildings were identified by their locality, previous owners, and the adjacent properties and their owners.  And, of course, all of these changed over time!

A case in point is the property today known as Old Manor on the Ham Lane/Back Lane junction in Ham.  Centuries ago its ownership and purpose (including the main house which burnt down in the 1920’s – see blog of 3rd October) was intimately mixed up with the adjacent Ham Manor (a.k.a Ham Manor Farm, Ham Eastern Farm, or Lower Ham Farm) and Cleevers (previously a barn or outbuilding for Ham Manor Farm).  So mixed up in fact, that it’s not been possible to separate out which family lived where with any confidence until the 19th century.

And a century ago it had another name, Ivy House, as the rare photo below shows.