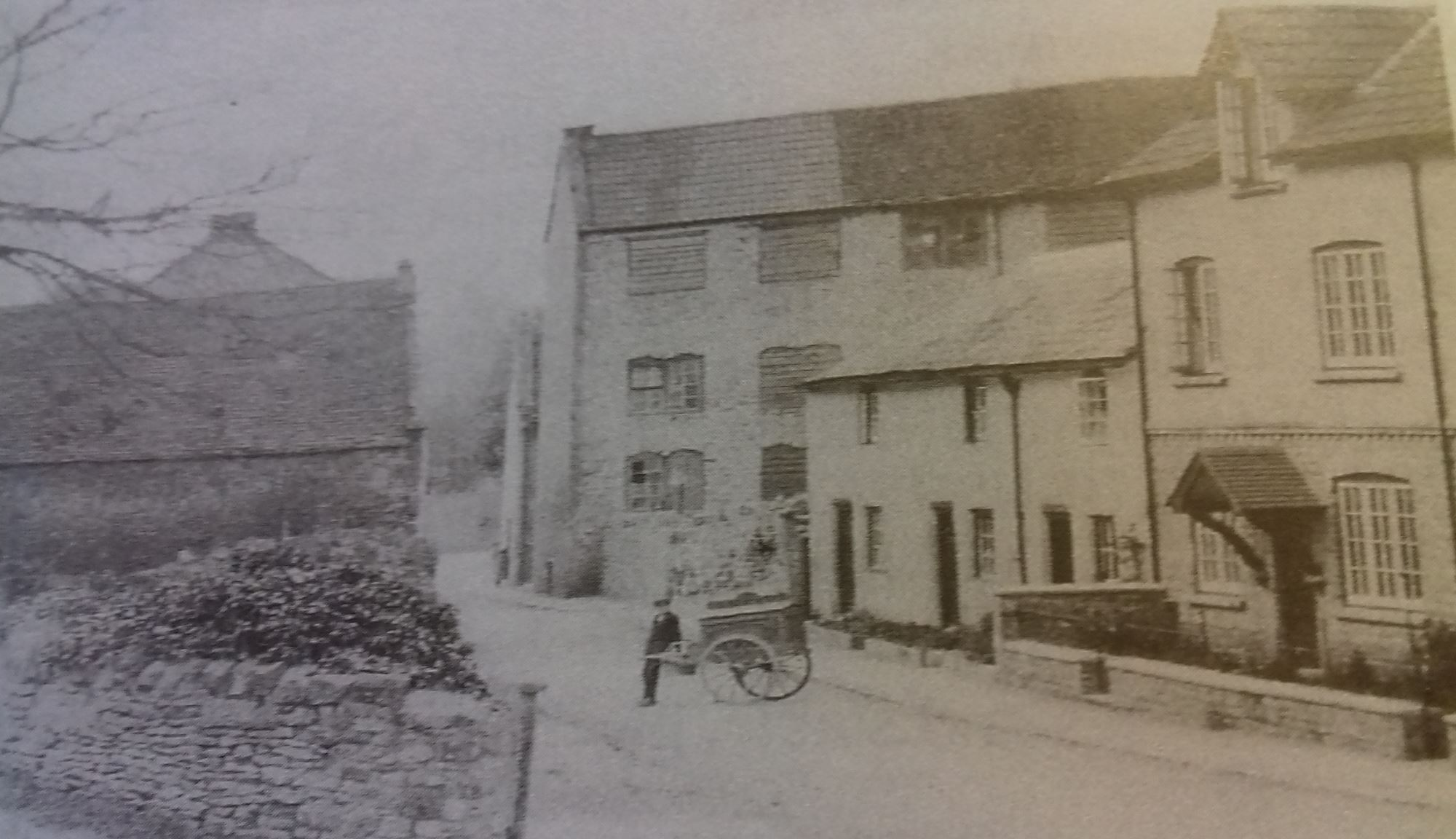 Kenneth Rogers in his book ‘Wiltshire and Somerset Woollen Mills’ researched insurance policies and selling notices in newspapers and says this about Bowlish:

“West of the town were small industrial settlements at Bowlish and Darshill. Here the stream is still only small, but the valley is steep and mills could be sited close together. At Bowlish two superb clothiers’ houses remain but little of the mills. In 1810 a factory consisting of three buildings, a fulling mill capable of driving two pairs of stocks and other machinery, and a dye-house which probably stood here were offered. Certainly at Bowlish was the factory of William Hyatt, clothier, which was for sale in 1836; it was worked by an iron wheel and included a dye-house and stove.”

The three storeyed building was the Bowlish fulling mill c.1920 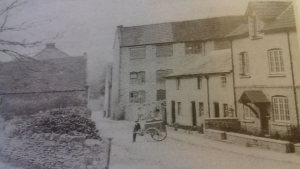 The next post will look at the Darshill mills.